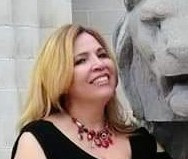 Mrs. Baez enjoys a career as an orchestral musician, chamber musician, and teacher. She currently teaches in Frisco ISD, in her private studio and frequently subs with area orchestras such as Irving Symphony, Plano Symphony and San Angelo Symphony.

Mrs. Baez has performed in the Caribbean, Europe and North America including Alice Tully Hall and Aaron Davis Hall in New York. She also performed in Spain with the Orchestra and choir of the Spanish Radio-Television. She has participated in concerts at the First Cathedral of America, National Theater of Puerto Rico and Dominican Republic. As a soloist, she has participated with the Autonomous University Chamber Orchestra and the Gocessa Symphony Orchestra.