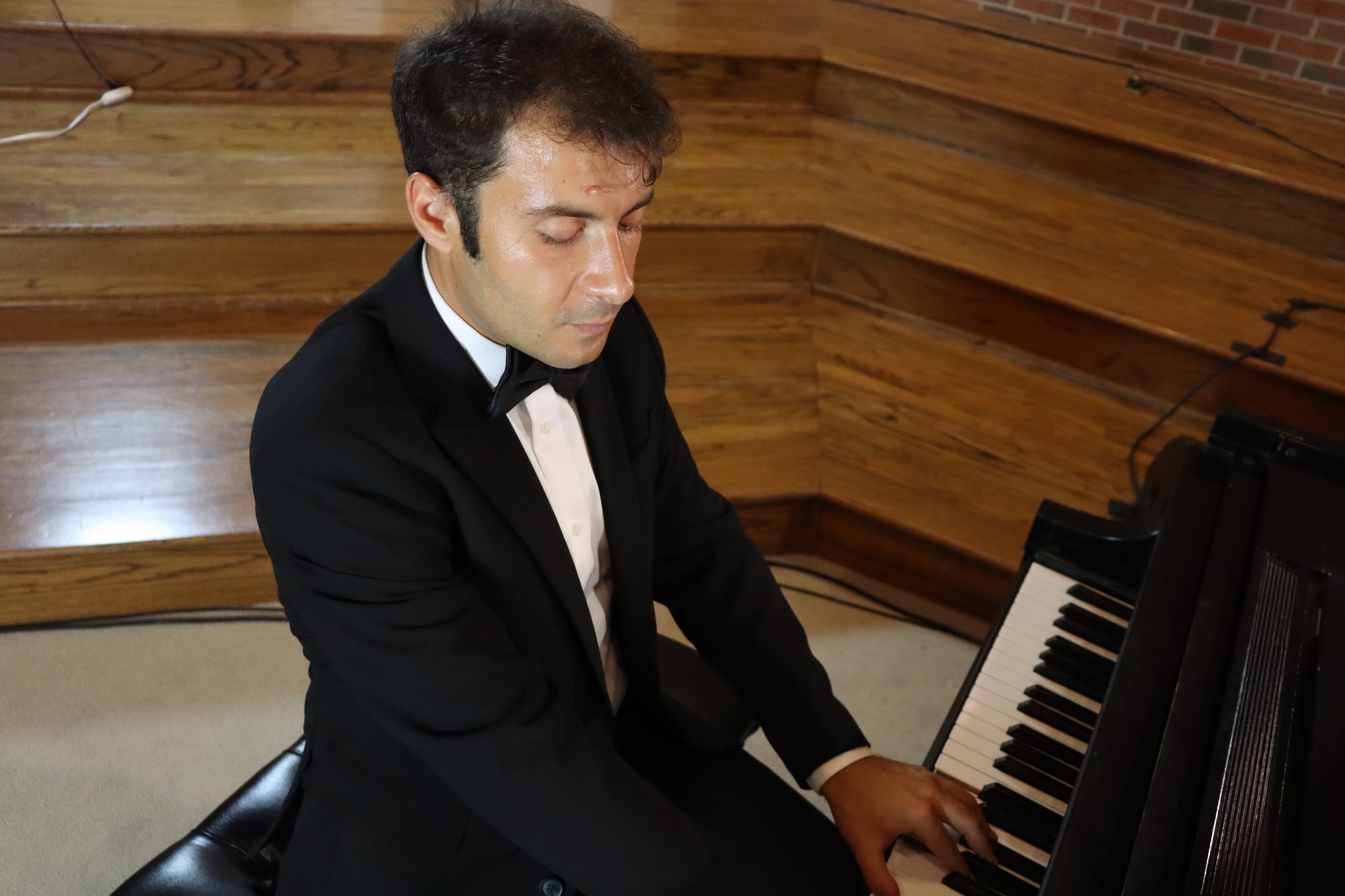 Greek-American concert pianist, Spyros Karavias, began piano when he was 9 years old.  A year later, he performed his first solo recital with works of Bach, Mozart and Chopin. His early musical training also includes the violin, French horn, and conducting. Spyros is the recipient of many scholarships, prizes and awards from around the world. He has performed solo and collaborative recitals in Austria, Germany, Italy, France, England, Czech Republic and Spain. In the Americas, he has performed in Texas, Kentucky and Antigua, Guatemala.

He is equally at home with standard repertoire and new music. He enjoys composing and collaborating with singers and instrumentalists. Spyros is also a dedicated piano teacher. Many of his students have received awards and honors in piano festivals and competitions.

Spyros has taken lessons and participated in masterclasses and piano festivals around the world with famous pianists and renowned pedagogues such as Misha Dichter, Eliso Virsaladze, Leonid Margarius, Pavel Gililov, Andrej Jasinski, Peter Lang, Rolf Plagge, Daniel Pollack, and Alan Feinberg, among others.