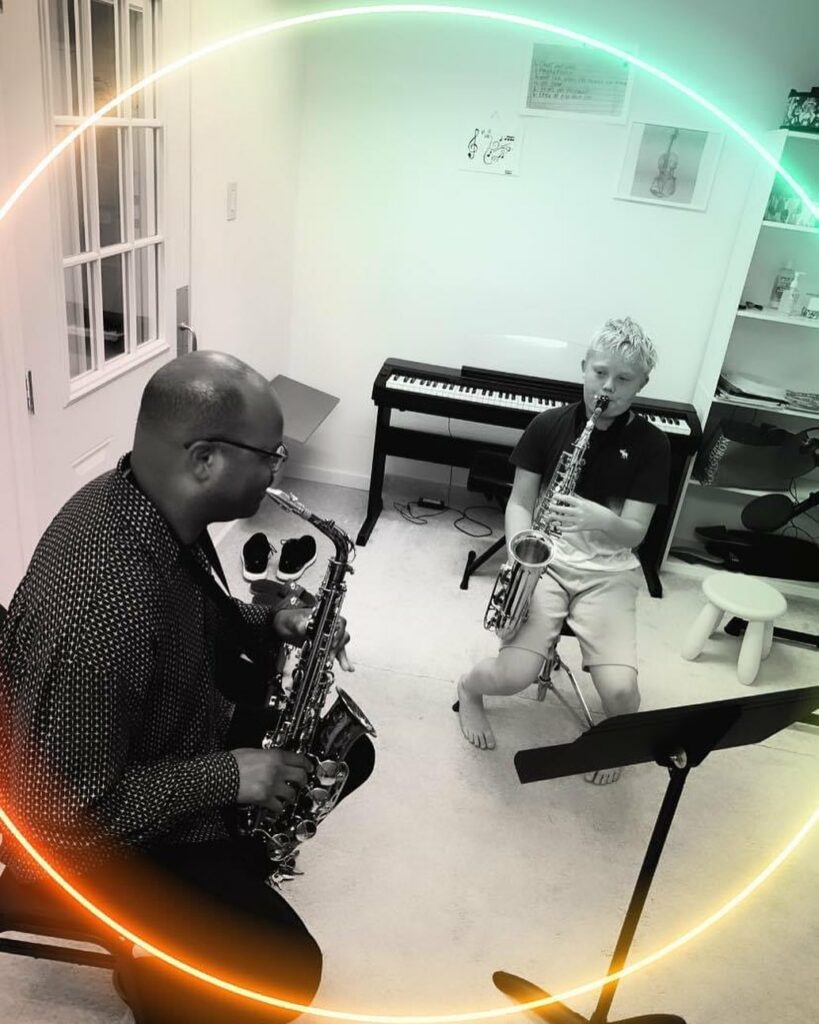 The saxophone, invented in 1846 by Adolphe Sax, is a transposing woodwind instrument usually made of brass. Because of its beautiful range, the sax is played in a variety of musical genres, from classical to jazz, and even as a horn instrument in rock and roll. The genius behind this instrument, Adolphe Sax, was already an accomplished flutist and clarinetist, as well as a maker of instruments. The saxophone resulted from the combination of the projection of a bass instrument and the dexterity of a woodwind. His patent for the saxophone actually included 14 versions of the design, and was comprised of two categories made up of 7 instruments each. These ranged from sopranino to contraband – very high and very low pitch for the layman. By the 1840s and 1850s, the saxophone was being used in small classical ensembles, with the publication of sax method books and instruction following shortly thereafter. As the instrument’s popularity began to wind down in Europe at the turn of the century, the United States began incorporating the saxophone into Vaudeville and ragtime repertoire. As time went on, it became an iconic part of jazz music, redeveloping itself along the way. Music legends like John Coltrane, Charlie Parker, Stan Getz, Kenny G, just to name a few, brought the world their talent and brilliance through the saxophone.